The Camino de Santiago passes behind and below the hotel. We walked through the streets and down stairs, passing kids headed to school. We glanced across a busy street and saw two pilgrims with bright trekking jackets and hiking poles, headed west.  We’d made it to the Camino, we were on our way! Yes! 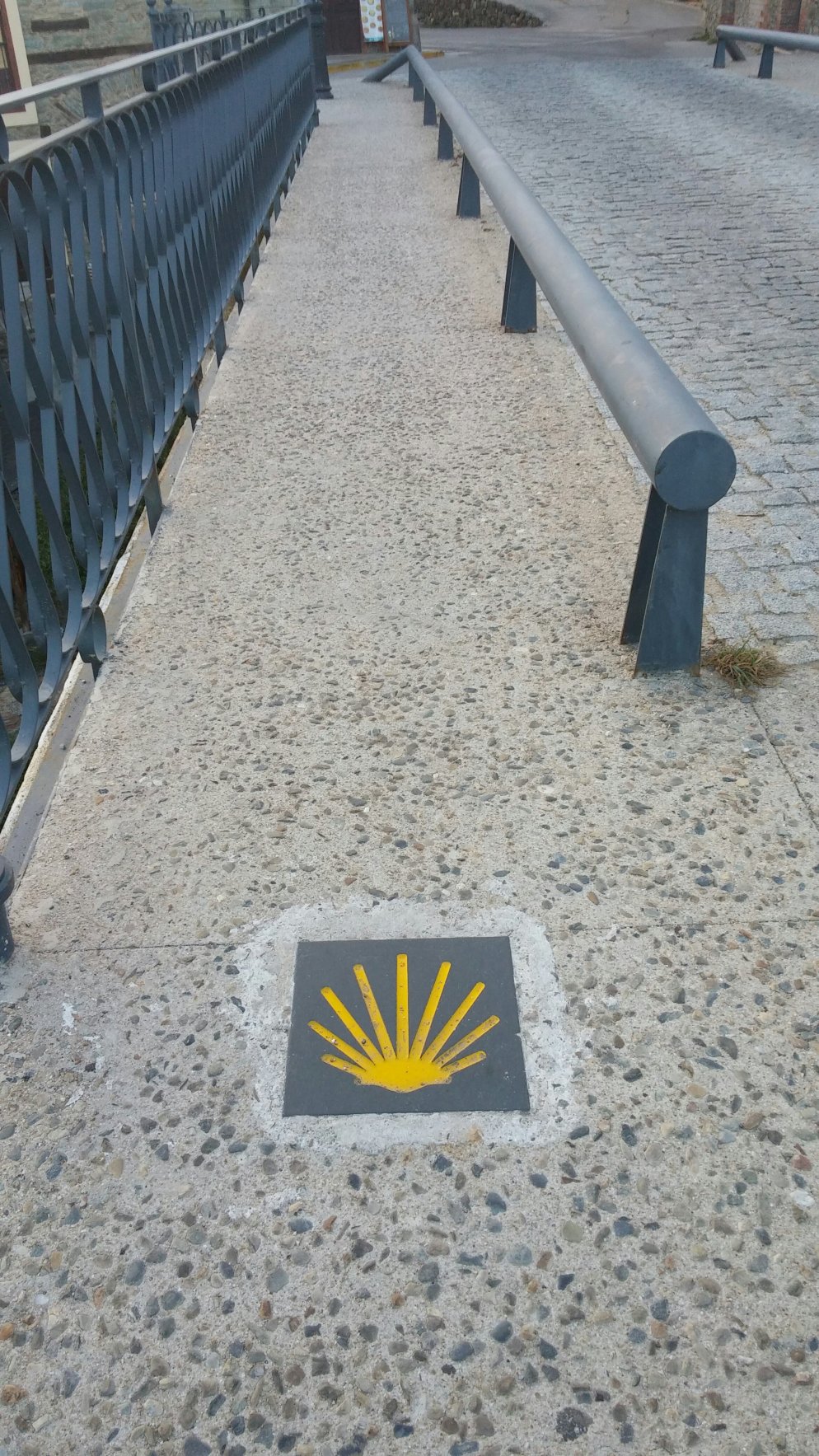 This is going to be short, I’ll explain later.

Here are some first mpressions:

Many more people than on the Coast to Coast, our hike in England in 2015.  A minute or two after seeing our first pilgrims, more hikers appeared, all converging on the path from where they’d spent the night.  In 30 minutes, as suburbs became homes in the country, with large yards and vegetable gardens, there were about 70 people within 60 yards of us.  The morning rush, I think.  Leave early, move fast, steady pace, quick stop for coffee. Their goal is to arrive at their destination early to get in line to claim a bed at an albergue, a pilgrim hostel.

During the day, we met a Hungarian, a Californian, and a French man, and we also chatted with a European (never got his country) who recently spent a summer in Herndon teaching at a tai kwon do academy.  We later said hello to an older Spanish man who was picking grapes in a vineyard beside the Camino. He called and gestured and then picked several clusters of grapes for us.  Delicious.

Pilgrim’s lunch is a bargain at 10 or 11 euros, including wine, but may be too much in the middle of the day.

We discovered what the Google translate app can do, thanks to a passing pilgrim. Take a picture of a Spanish menu (any foreign language document, I think) with the app, and the English translation magically appears. (Debbie: “Now we can go anywhere!”)

Stopped at a small church to get our pilgrim’s passport stamped. It was beautiful inside, ornate yet peaceful. An unexpected treat.

Ponferrada gets an A+ for clearly marking The Way, Villafranca del Bierzo not so much. We got lost, adding an extra 1/2 mile or more to our hike.

It was 48 degrees when we set out.  Temperatures hit the 80s by 3:30.  After lunch, we walked beside a highway in blazing sun, 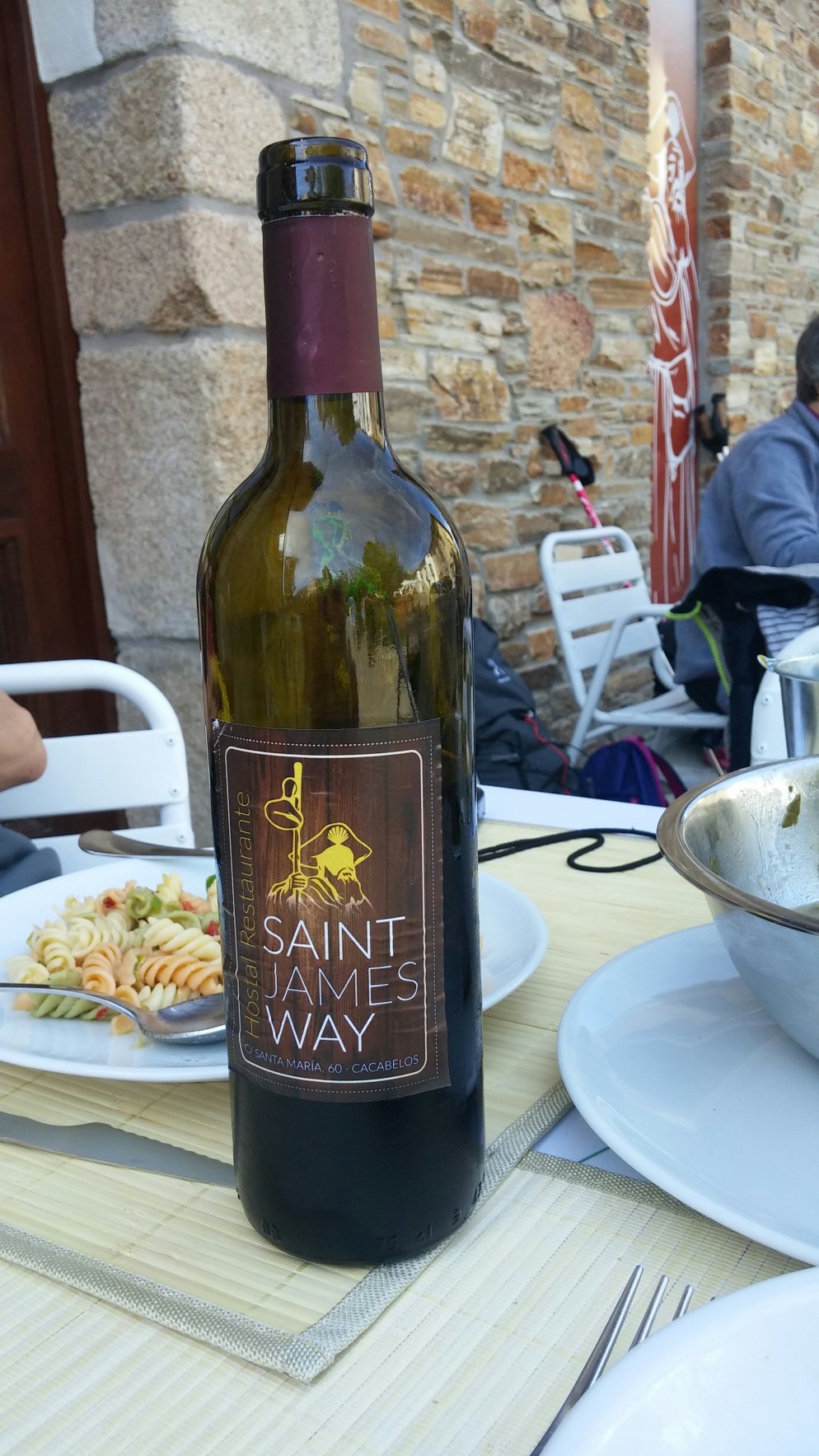 and uphill a lot.  It was hard and not fun, especially for Debbie.  A hotel room never was so welcoming.

At least 15 miles for us today.  So, best to stay close to the hotel, do little, and turn in.

Here are a few pictures. Hope to supplement them tomorrow or Friday. 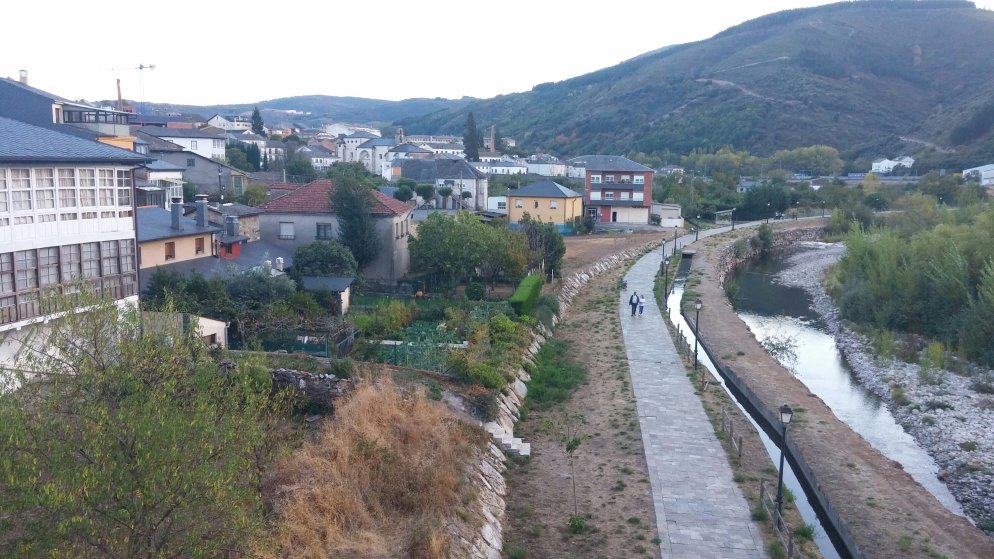 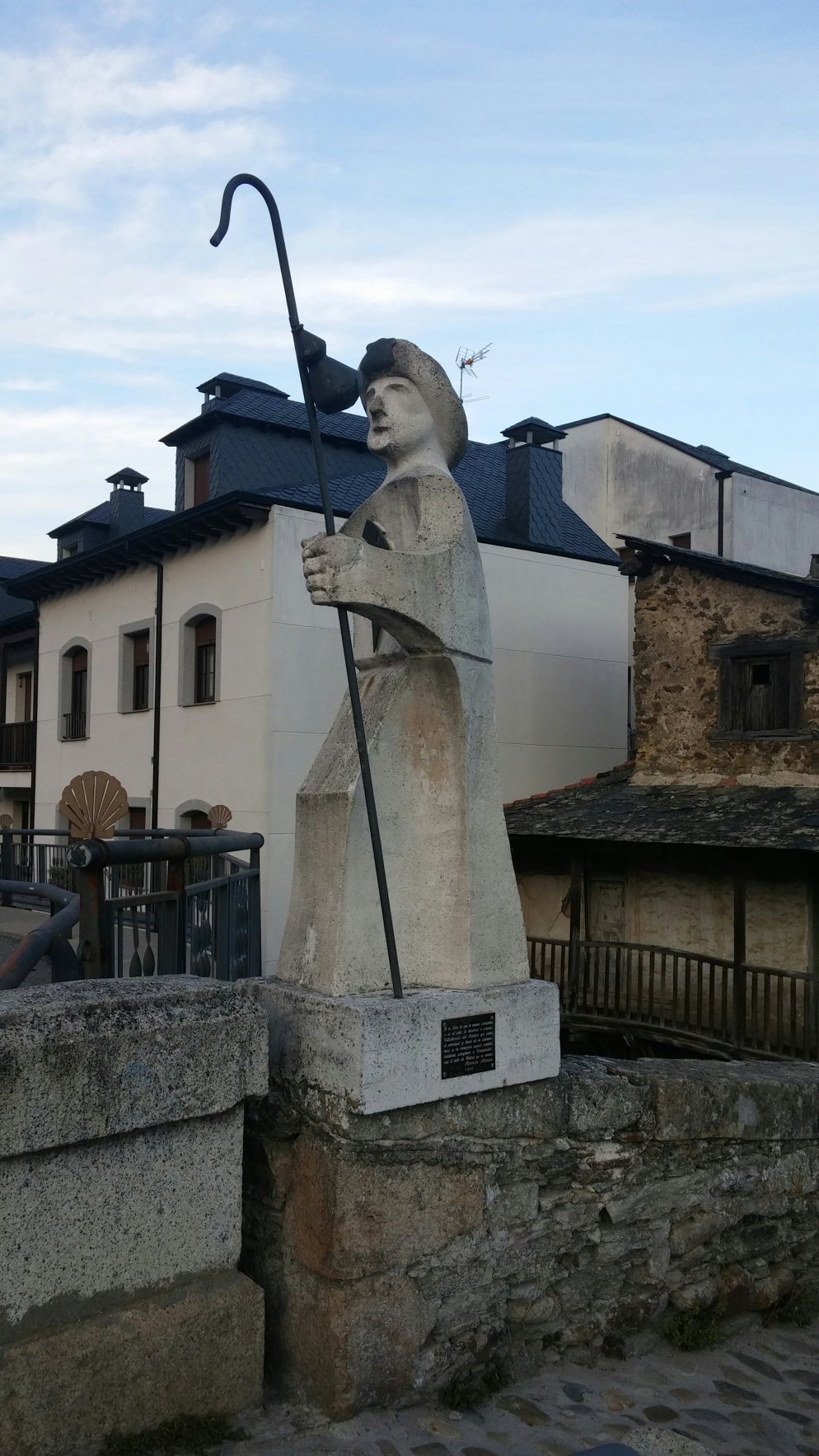